Ok so I guess its time we did a little introduction of ourselves!!
Our names are Emily and Kristoffer and we live in beautiful Port Macquarie.  We rent a little house at the moment and think we will buy our first house next year.  So, living in a rental means NO renovation experience.  But hey, that didn't stop Polly and Waz or Soph and Dale!!  Our drive and confidence is enough for us to do well on The Block.

We both work in retail, I (Em) manage a workwear store and Kris works in a fishing tackle/marine store.  We both have high hopes of not working in retail forever!!  I'm hoping that by being on The Block some more doors will open.  I am originally from a tiny town called Batlow which is near Wagga Wagga.  Kris is from Taree, so we live close to where he grew up.  We met each other in Wagga where we both worked for a major camping/fishing store.  As you can tell from our professions we are very outdoorsy (is that even a word??), down to earth and share similar life standards and passions.

I can't say that I love something like Kris loves fishing!!  At the moment he is sitting at #2 on the bream angler tournament ladder, this changes often and he has been at #1 at times too..  I don't think he has been out of the top 5 since we've known each other. 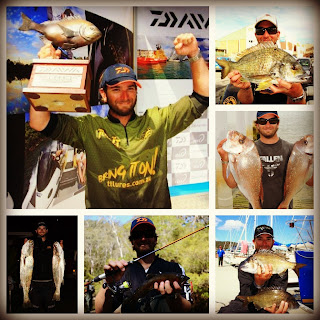 I'm devoting so much of my time into our Block campaign, I guess you could say I love The Block as much as Kris loves fishing.  Even though being on The Block would be the experience of a lifetime, Kris would be having fishing withdrawals the whole time!!  We would both miss our dog very much too, we have a Kelpie called Heidi and she is the most spoilt dog in Australia.  However she is spoilt even more so by Kris' mum so we know she wouldn't miss us too much. 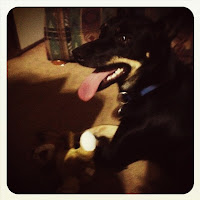 So there we go, I hope that this has given you all a good insight into our lives, let's all just face it, WE WOULD ROCK THE BLOCK!

Posted by Emily Burgess at 5:44 PM 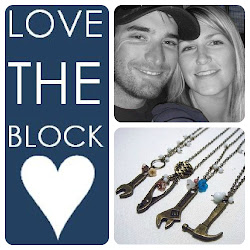